South Jersey Gas is the utility that provides natural gas service to the Borough of Avalon and many communities in the southern New Jersey region.  The utility is regulated by the New Jersey Board of Public Utilities and at times is obligated to perform service upgrade projects for its customers.  In its service territory, the utility is obligated to replace metal gas mains that in some cases have been in place since the 1960’s and replace the mains with more durable, high pressure gas mains that will ensure the safe delivery to homes for decades to come.  This project increases resiliency and reduces the number of gas leaks calls that occasionally develop throughout the year, and are more prevalent during recovery from major storm events, like Hurricane Sandy.

Phase 1 of the resiliency project was conducted in late 2018 through the spring of 2018.  Phase 1 will be completed on or about November 5th, 2018 with the final paving of streets that were impacted.  This will eliminate the temporary patches that have been in place that allowed adequate settlement to occur.  Streets will be paved from the center crown of the road to the curb where many patches currently exist.

Phase 2 and Phase 3 of the project is coming starting the week of Monday, October 22nd.  This will result in 50,000 feet of new gas main being placed largely in the north end of the community, with work to be conducted on portions of Avalon Avenue and First Avenue, along with laterals to adjacent homes, where necessary.  There will be “side street” work along the numbered streets that feed the lines.  Approximately 1,000 homes will have the new service as a result of this project.  The work will be focused largely in an area between 37th Street north to 7th Street, but not all neighborhoods will be impacted.  Below you will find two maps that show where the work will take place.

There will be temporary patches placed in the streets that are likely to exist through the summer of 2019 with a late summer/early fall final pave, after Labor Day weekend, 2019.  The Borough of Avalon, at the utility’s expense, will be monitoring this project and the resulting patches with its professional engineers.

During the spring, 2018 the Borough of Avalon installed a new bicycle path along portions of Avalon and First avenues.  The Borough was proud to work with the Avalon Home and Land Owners Association on this project that provides a safe riding experience and connectivity to other areas of our community.  If the utility must make any intrusions into the road surface, they will be not be filled with a traditional temporary patch; instead, what can be considered a “temporary final patch” will be made that will provide a riding surface very similar to a final street paving, and with triple the compaction rate.

When the final paving restoration is conducted sometime after Labor Day weekend, 2019, South Jersey Gas has agreed to conduct a final pave from the center crown of the road to the curb.  This final pave will result in a much better bicycle path with a brand new road surface; plus, the utility has agreed to re-paint the bike path per our initial design specs.  The end result will be a much better bicycle path surface that can be enjoyed for many years to come.  Side streets with multiple impacts will also enjoy similar repaving conditions.

Homeowners who are in the project area and rely on South Jersey Gas service are obligated to work with the utility so appropriate lateral connections to their properties are safely conducted.  Below you will find fact sheets on this project, along with maps of the project area. 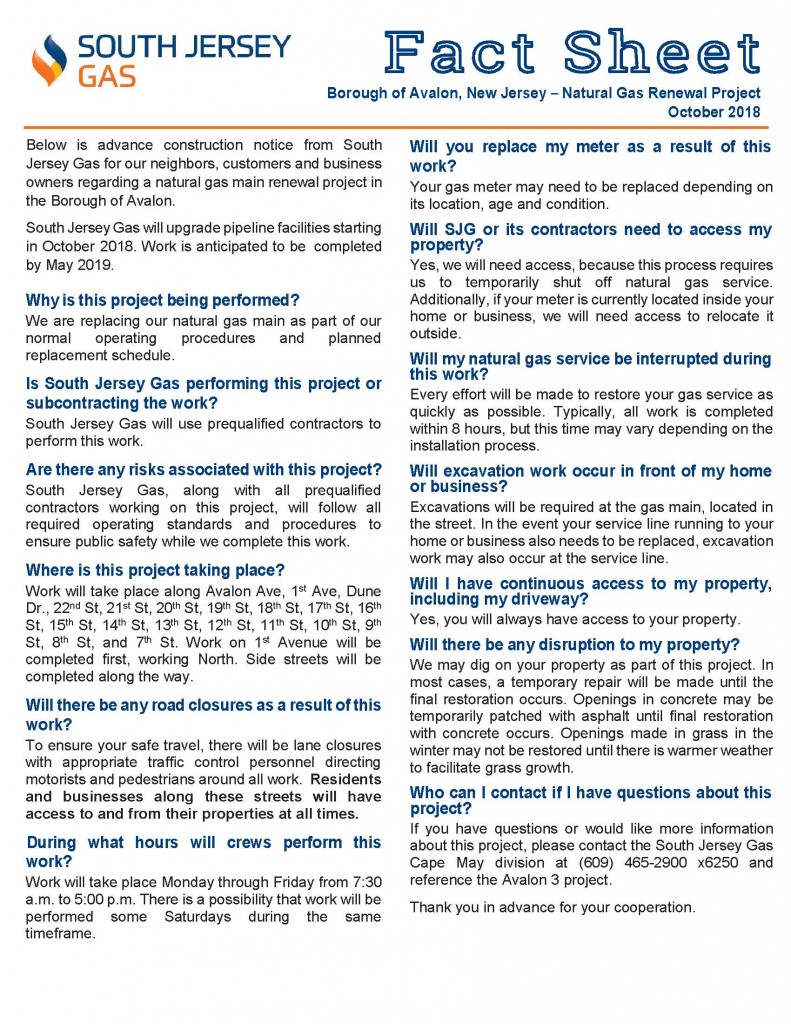 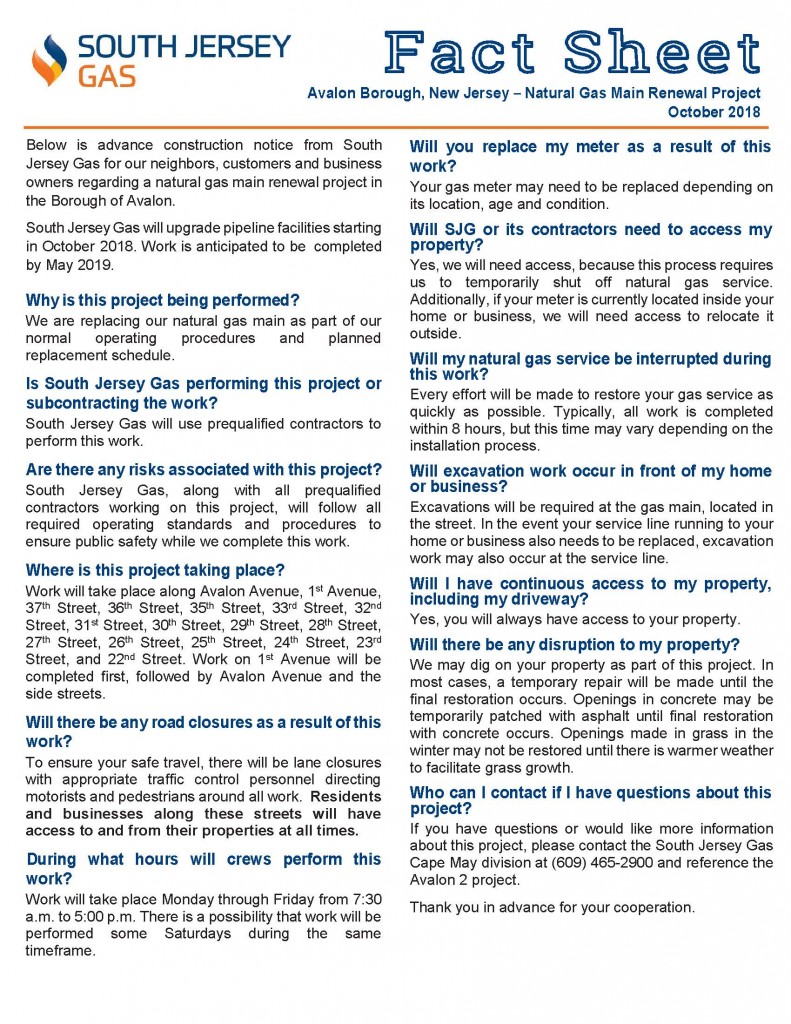 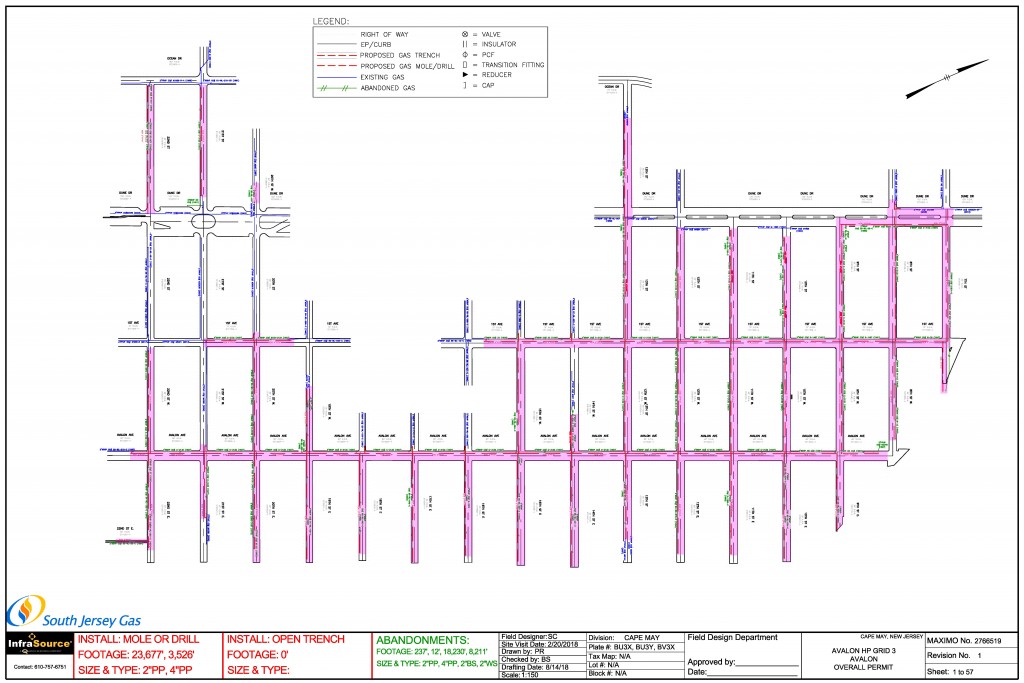 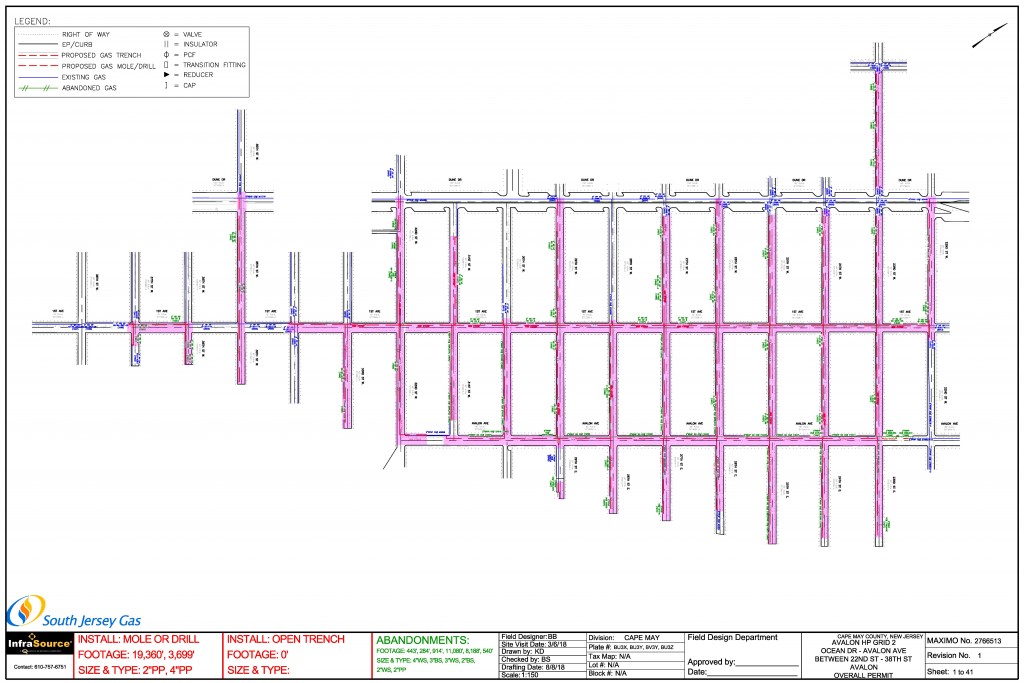