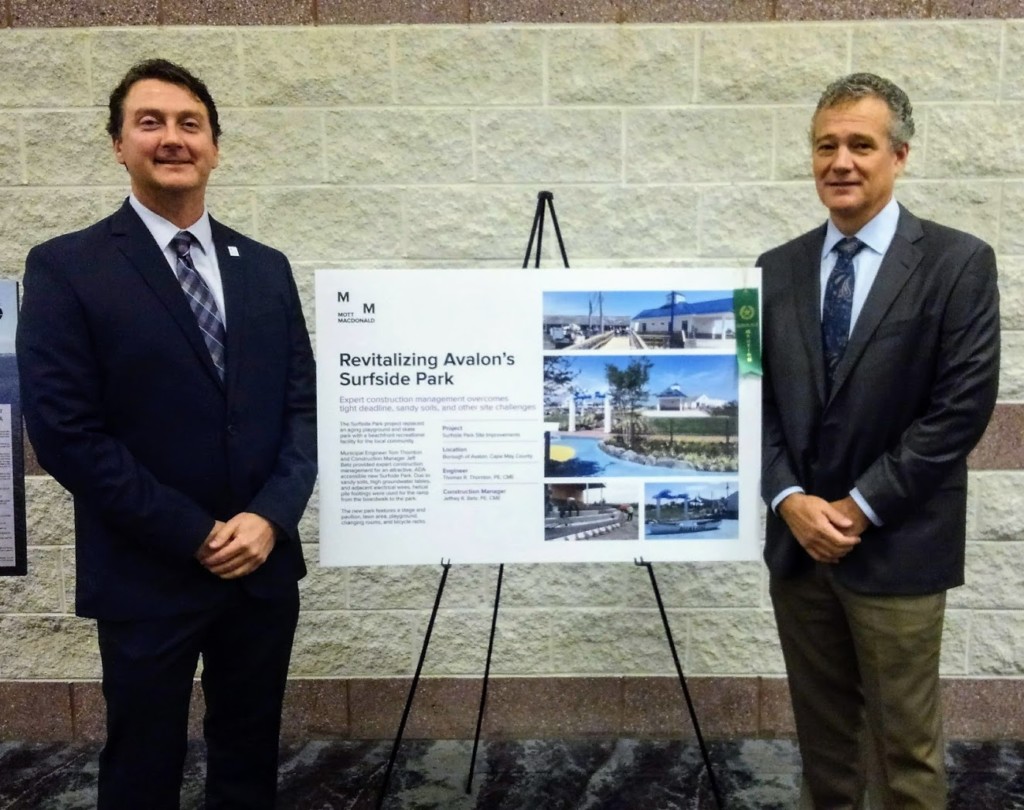 The Borough of Avalon received an award in the “Honors” category for the engineering work at the Borough’s new Surfside Park. Engineers Jeff Betz and Tom Thornton from Mott MacDonald were honored for their contributions to the new Park that opened earlier this year. The award was presented by the New Jersey Society of Municipal Engineers during the “Project of the Year” awards held Wednesday, November 20th, at the Atlantic City Convention Center. Avalon thanks Jeff and Tom for all of their hard word, and thanks the Cape May County Open Space Program for supporting the project with a $2 million grant.
Photo by Avalon Business Administrator Scott Wahl.
Scott Wahl2019-11-27T08:35:29-05:00