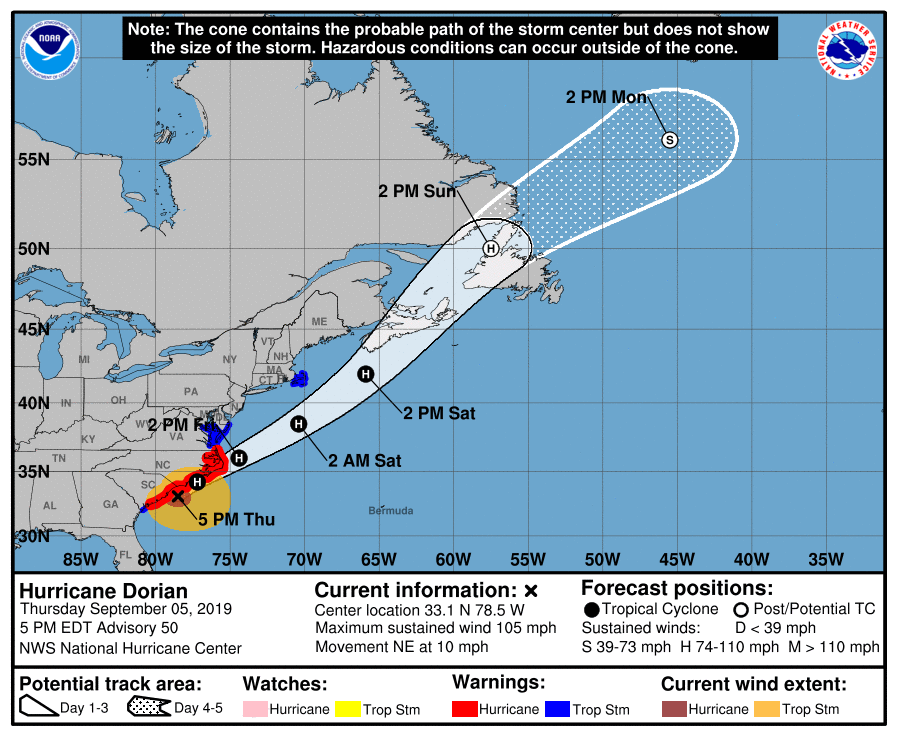 Hurricane Dorian’s projected path as of the update by the National Hurricane Center on Thursday, September 5th, 5pm

The National Weather Service has issued a High Surf Advisory for the southern New Jersey coastline, including Avalon, for Friday, September 5th.  Hurricane Dorian is still expected to track away from the United States mainland after impacting coastal North Carolina Thursday night.  This has resulted in a High Surf Advisory being issued by the Service for our coastline all day Friday, through Saturday, September 7th, at 10am.  Breaking waves of up to ten feet are expected.  Rip currents are also likely.

Obey all instructions provided by the Avalon Beach Patrol.  Never enter the ocean unless you are in the presence of a lifeguard, and it is safe to do so. The Avalon Beach Patrol will have only a few beaches guarded, including 9th, 28th, and 78th streets.  Our region can expect windy conditions, rough surf, and some rain on Friday as the storm moves out to sea.  Please follow traditional media outlets for updates to the forecast.

Here is the text of the High Surf Advisory issued by the National Weather Service: