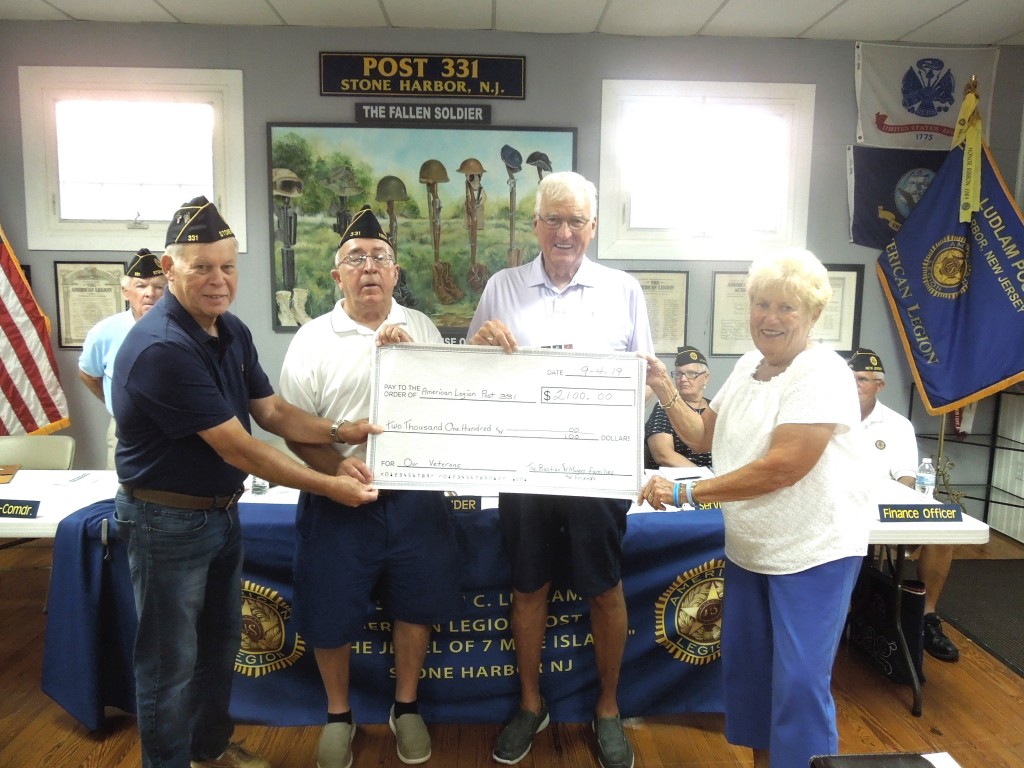 Each year for the past 10 years, Rich and Lisa Bastian and Frank and Mary Munero have co-hosted a Corn Hole Tournament at the Bastian home in Stone Harbor, NJ. This year Rich’s brother, Patrick, suggested that the tournament be a fund raiser. They chose the Stephen C. Ludlam Post 331 of The American Legion in Stone Harbor as the recipient of the funds raised. The tournament was held on Saturday, the 31st of August. One hundred twenty-three guests aged 9 to 90 participated making up 27 competing teams. It was a wonderful day with good food and good times experienced by all. The following Wednesday night, Rich’s parents, Rich and Norine Bastian, presented a check for $2,100 to the membership of Post 331 at their monthly meeting. Post 331, in turn, will use the donation to provide funding support for various Avalon and Stone Harbor community and veterans’ programs, such as support to New Jersey’s Veterans’ Homes, Citizens-Veterans Advisory Committee (CVAC), Boy Scout projects, local students attending The American Legion Boys State leadership/citizenship program, and our local Disabled American Veterans (DAV) chapter.