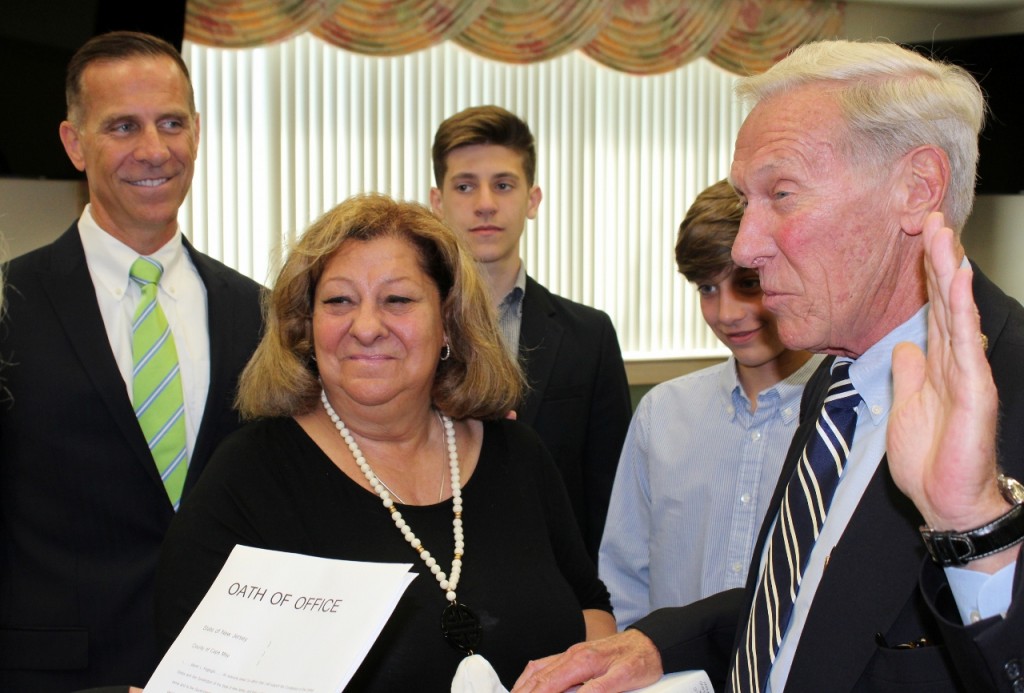 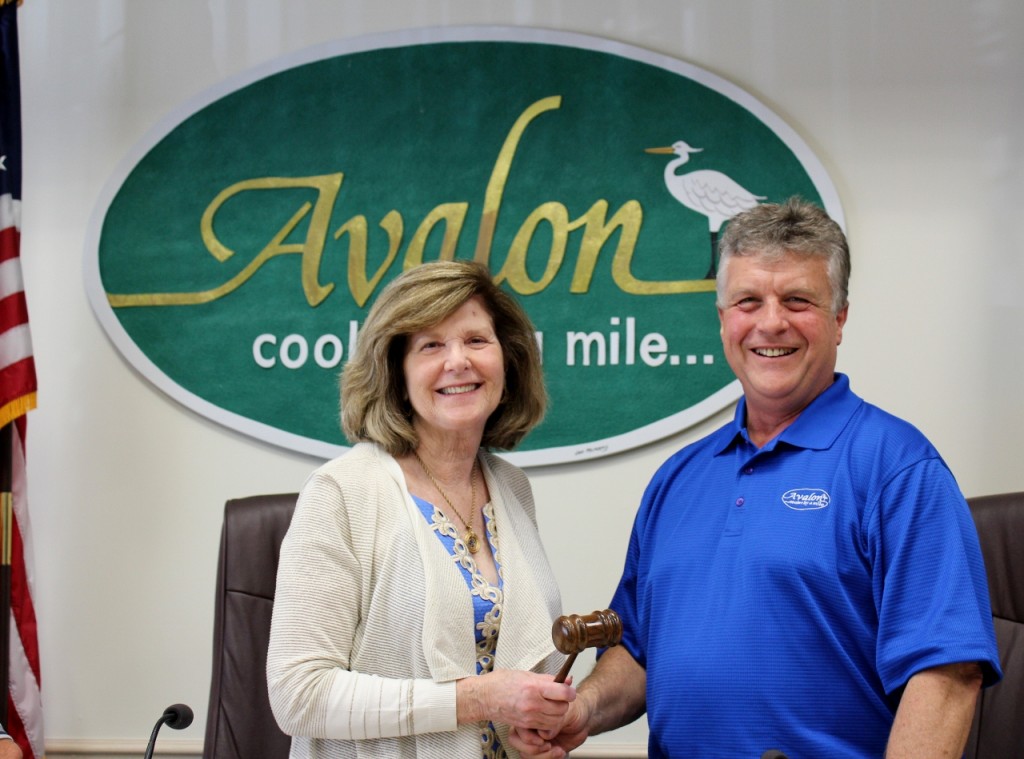 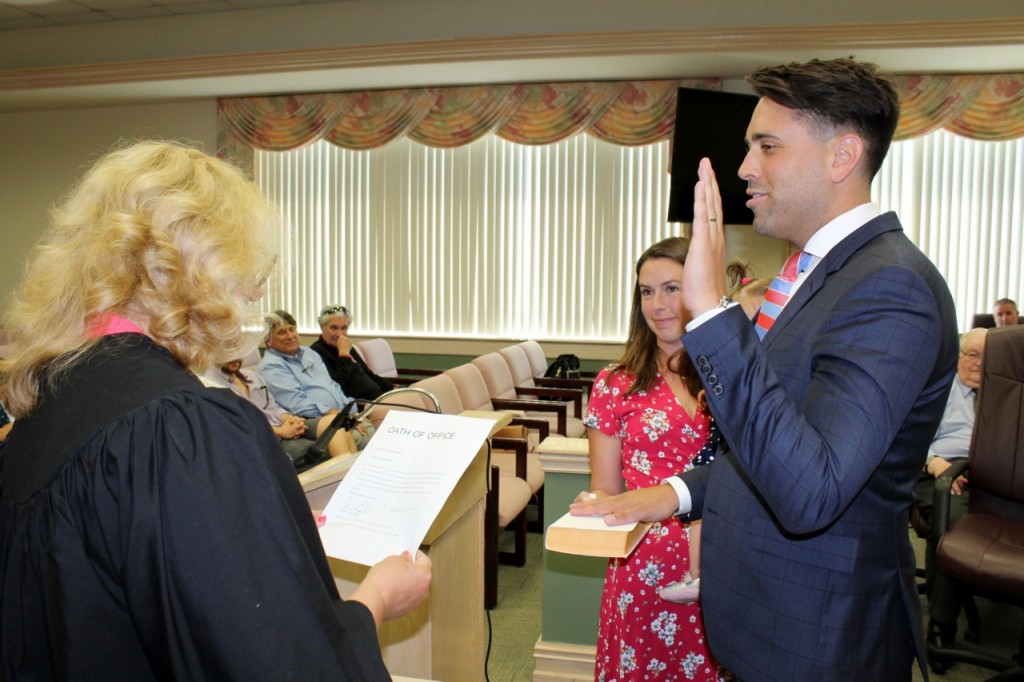 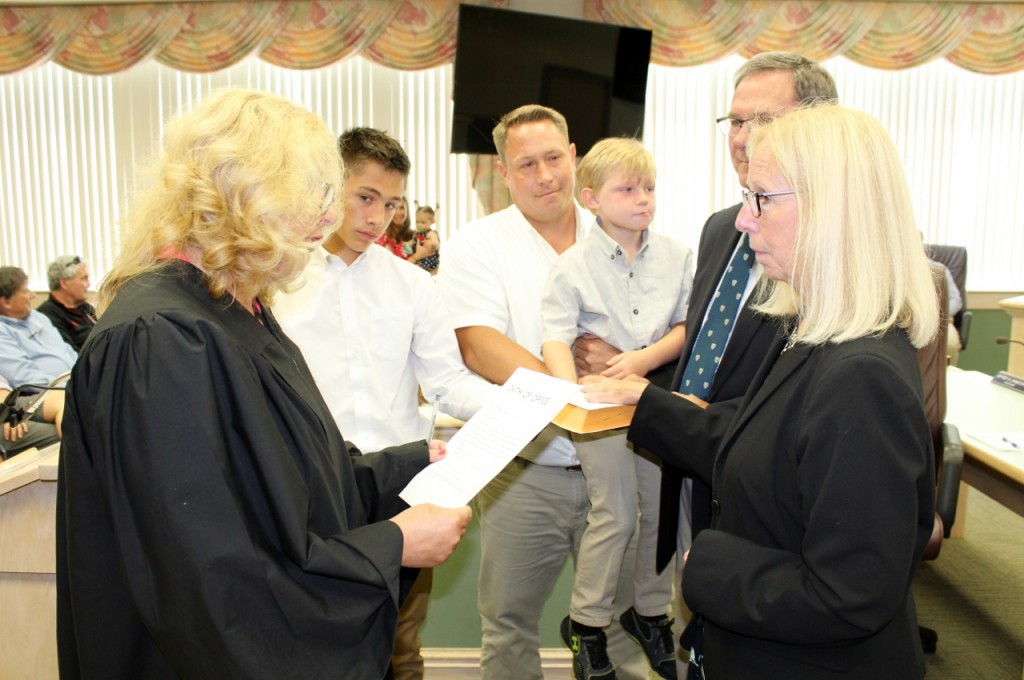 Councilwoman Barbara Juzaitis is sworn in

Pagliughi has served as Mayor of Avalon since 1991, and served one term on Borough Council before being elected Mayor.  Under Pagliughi’s leadership, the Borough has been nationally recognized for its beach and dune management plans, as well as various emergency management initiatives.  Avalon maintains the lowest municipal tax rate in Cape May County, and has achieved an AAA bond rating from Standard and Poor’s.

Juzaitis joined the Avalon Borough Council in 2018, replacing longtime Councilman Richard Dean, who retired.  Juzaitis has a long professional career in health and public safety and has been active in numerous committees and organizations in Avalon.

Wierman joins Borough Council after serving as the past chairman of the Avalon Planning and Zoning Board.  Wierman will continue on the board and brings insurance and financial experience to the Borough as he serves as the vice president of a local insurance agency.  Wierman has also served on the Avalon Recreation Advisory Committee and on the Avalon Chamber of Commerce.