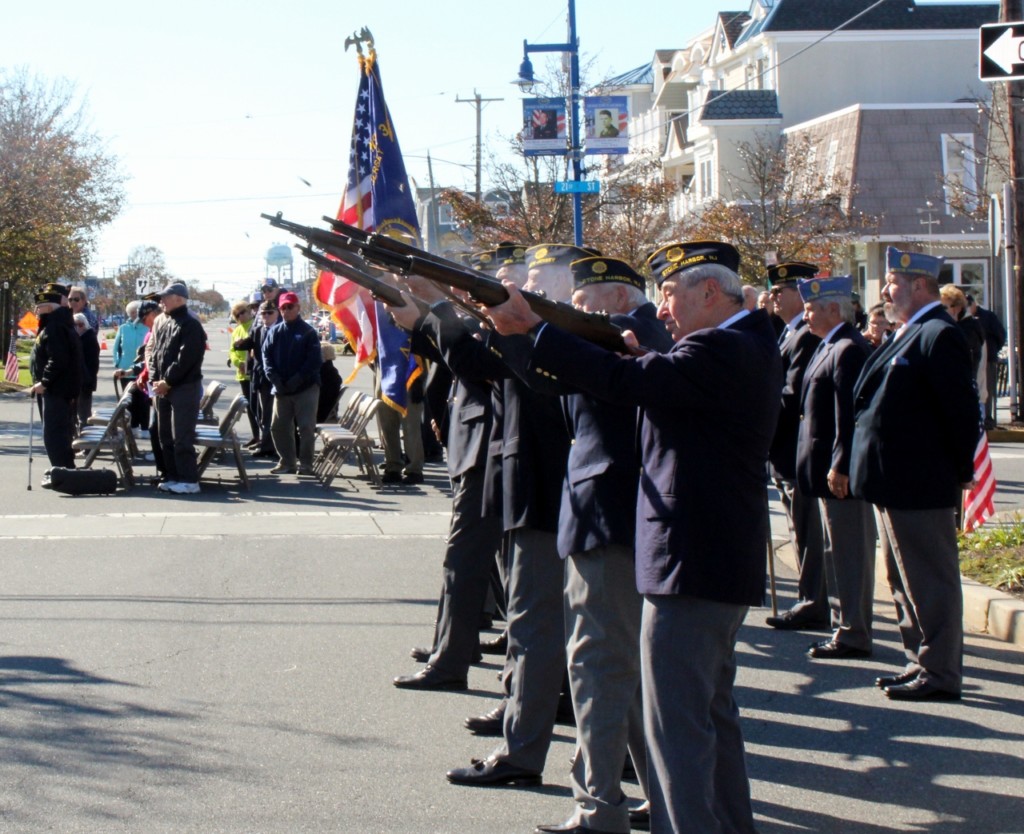 American Legion Post #331 (Stone Harbor/Avalon) and the Borough of Avalon will host the Borough’s annual Veterans Day ceremony on Monday, November 11th, at 11:00am.  The ceremony will be held at Avalon’s Veterans Plaza, located at 21st Street and Dune Drive.

The ceremony will be a very special event this year as veterans and the public will honor 7 Mile Beach resident Frank D’Elia, a World War II veteran who will be celebrating his 100th birthday on Veterans Day.  Mr. D’Elia served in the United States Army, and was among the troops who landed on D-Day, and participated in the Battle of the Bulge.  Mr. D’Elia will be honored by all distinguished guests, including New Jersey American Legion Department Vice Commander Rich Godfrey.

The ceremony will be hosted by Tom McCullough, American Legion Post #331 Commander and will include comments from Avalon Mayor Martin Pagliughi.  The ceremony will include the presentation of wreaths, music from the Seven Mile Singers, and a rifle salute.  Following the ceremony, the Post will host an open house at 12:30pm at the Stephen C. Ludlam Post #331 located at 11617 Second Avenue, Stone Harbor.

Students from both the Avalon and Stone Harbor elementary schools will also attend the ceremony to present Mr. D’Elia with a birthday card.

The ceremony is open to the public.